Growing numbers of moulting Ruddy Shelducks at the Eemmeer (NL) in the past two decades could not be explained from known feral breeding populations in The Netherlands or Germany. This raised the question whether we were dealing here with wild birds from the original East European population. This would have major consequences for the conservation status of the Ruddy Shelduck and their moulting sites in the Netherlands.

To learn more about the origin and movements of Ruddy Shelducks in Western Europe we founded the Ruddy Shelduck Research Group (in Dutch: Werkgroep Casarca Nederland (WCN)) in 2012. Using GPS telemetry and colour rings, we study the movement patterns during the annual cycle of the growing population of Ruddy Shelducks moulting at the Eemmeer in the Netherlands.

Publications of our first results are currently in preparation. 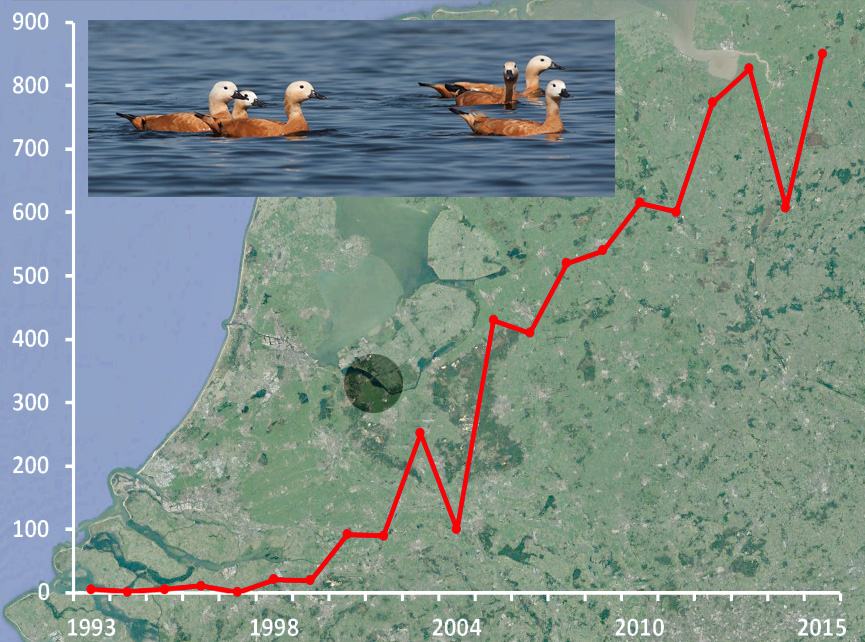